As the smart home front gains steam, top players are constantly looking for ways to up the ante. Amazon, which holds the biggest market share in the sector, is said to be speeding things up on a new Alexa home robot according to Bloomberg.

Is the robot in the image above an accurate depiction? Read on!

What is The Alexa Home Robot?

Alexa home robot is presumed to be a wheeled robot with an internal codename, ‘Vesta’ (Roman goddess of the hearth). Vesta is essentially Alexa with a robot body and equipped with cameras. By virtue of this design, the personal AI assistant would be able to roam around the house for added functionality.

The project is reportedly under development by the Amazon research and development arm, Lab126, in Sunnyvale California. Gregg Zehr, the head of Lab 126’s R&D division, is said to be heading the project.

Initially, it was supposed to be seeded to Amazon employees in 2018 and launched for consumers early this year. But at the time, the machine was not ready for mass production.

Amazon has in recent months sought to ramp things up, pulling engineers from other projects to work on Vesta.

Vesta’s prototypes are said to be about waist-high and to aid their navigation, they feature a number of computer-vision cameras. It can be summoned by voice and could potentially serve as a mobile Alexa. That would make it capable of following users around the house on command, offering voice control functionality in areas without access to Echo devices.

Although there have been no official mentions of this from Amazon directly. There is one possible clue that this might be true. An Instagram post from jeffbezos:

What to Expect from Alexa Home Robot

Thanks to its Alexa integration, it will come when the user calls. Ostensibly, it will also offer all the functionality of the Amazon Echo. That would include making calls, music playback, setting timers and reminders and everything else the smart homeowner has come to expect of Alexa.

However, details on the additional capabilities of the Alexa home robot are still scanty. But a look at another similar concept can give an idea of what to expect. A company known as Mayfield Robotics, launched in 2015, debuted a home robot in 2016 under the Bosch internal startup program.

Their home robot, Kuri, was designed with an awareness of the surroundings and ability to move around the house freely. The idea was to have Kuri become part of the household, capturing special moments on camera, entertaining among other roles.

Kuri had the ability to react to touch and sound and even communicate the mood it was in through light effects. However, a year ago, the company ceased manufacturing to ‘re-evaluate the future.’

Among the reasons for the project’s failure was limited functionality vis-à-vis a high price tag ($700). One of the few home robots that have managed to find mainstream success is the Roomba robot vacuum. Part of the reason for this seems to be its hyper-focus on a singular functionality.

Similarly, early movers Asus Zenbo and Jibo, as well as Aido and Kuri, have not performed as expected. All of these robots can take pictures, carry out scheduling tasks, make video calls and interact with users. But the latter two were abruptly cancelled while Jibo has shut down its servers. Though Zenbo is still in production, it is only available in a handful of markets.

Once again, high prices (Zenbo $600 and Jibo $900) and limited functionality contributed to the downfall. Most of the features these robots supported were also available on smart speakers with screens. Noteworthy too is the fact that they had no links to an ecosystem of services and programs and can therefore not be compared to Amazon products.

Vesta’s Functionality Based on Amazon’s Ecosystem

Therefore, speculators hope that Vesta’s functionality will extend beyond being a mobile Amazon Echo speaker. Given the fact that the Alexa home robot will be tethered to a wide ecosystem of skills and cloud services on Amazon, it would be highly unlikely.

At present, Amazon Alexa has more than 80,000 skills and is the dominant AI assistant in the US market. She also has close ties to the online giant’s media streaming and e-commerce services. Furthermore, Amazon took over Kiva Robotics in 2012 and started manufacturing its robots.

As a result, it gained tremendous experience in the development of automated robots for its warehouses. In June this year, it launched two new warehouse robots, Xanthus and Pegasus, to add to the growing number.

Unlike smaller players, it has the capability of mass-producing the Vesta home robots and can afford to sell them at thin margins. The company used that strategy with Echo, Kindle and Fire TV devices and experienced massive success. Consequently, the Prime ecosystem currently has more than 100 million subscribers in the US.

Project History and What the Future Possibly Holds

Alexa has been in existence since 2014 as a handy female interface for the Amazon Echo smart speaker. Her key capabilities revolve around hearing users’ voices from across a room and responding to commands and queries.

Though it has added significant functionality to the smart home, Rohit Prasad, a key player in Amazon’s Alexa division in 2018 admitted that the assistant could be much smarter. Speaking at the EmTech Digital AI Conference he said, “The only way to make smart assistants really smart is to give it eyes and let it explore the world.”

Clearly, Alexa already has eyes in the form of cameras on some devices. But her ability to explore the world could be limited in the sense that she cannot move around. The statement seemed to imply that for Alexa to escape the confines of AI, she needs a body.

Prasad would, however, not confirm that. But his words coupled with the Bloomberg report which cites anonymous persons familiar with the project give credence to the concept. Amazon could choose to never release the robot but all signals point to the possibility that Vesta may at some point be available for purchase. Looking at other robots which have hit the market we are going to guess the price will be around $1,500. Amazon may want to make it accessible to the masses, much like it has with the Echo.

A New Wave of Home Robots?

Amazon experienced remarkable success with the launch of the Echo, setting in motion a new trend in smart speaker technology. The response to the highly anticipated Alexa home robot, Vesta, remains to be seen. Could it once again trigger a new wave, popularizing home robots? 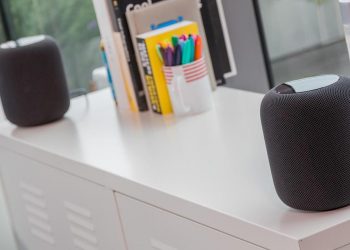 How to Use Multiple Apple HomePods – A Comprehensive Guide

For all the Apple enthusiasts in the house, it’s possible you already have Apple HomePod as the centre of your... 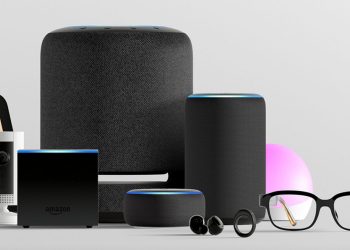 Using Multiple Amazon Echo’s. An Everything You Need to Know Guide

If you happen to be a smart home enthusiast, you might already have Amazon’s Echo or Dot at the centre of... 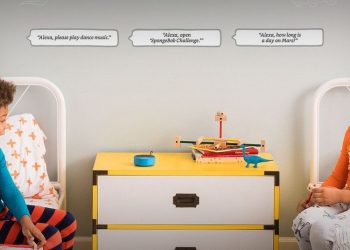 What Can Amazon Echo Do for Your Kids

As virtual assistants become more and more integrated into our everyday life, it would come as no surprise if your...