100 Siri Commands for Your HomePod

Siri has come a long way since her introduction in 2011 and is currently available on multiple platforms. One of the most functional of these is the HomePod, which allows you to enjoy smart home automation.

The best part about using Siri commands with your HomePod is that you never have to lift a finger again to get things done. (Well, most things). But the worst part is that without the right command, there is little you can get done.

Getting your hands on a comprehensive list of every Siri command out there might be a bit challenging. So to help you along, we have compiled a list of the top 100 most useful commands that you can use to make the most of Siri and your HomePod.

Without any further ado, here is a collection of the best Siri commands for HomePod.

Getting to Know Siri a Little Better

If you would like to get to know Siri a little better, here are a few commands to get you started:

Her response: “Yours truly”

One of her funny responses: “Well, I don’t want to brag, but I got a B+ on the Turing test”

To which she may say: “What does my name mean? I don’t think I can explain it in your language. Sorry.”

Her entitled response: “It seemed like the right thing to do”

She responds: “I’m a pearl beyond price”

Depending on her mood, she may say: “I’m as spry as a slice of young ginger” or “I’m as old as the Eastern wind and as young as a newborn caterpillar”

Commands for organising your day

If you know how to get Siri to do her job, she can be a great personal assistant. She can do lots of little things to keep you a little more organized than you already are. Both at home and at work, she can greatly enhance your productivity and help you keep better track of your schedule. Here are some of the commands you can use to optimise her potential to keep you organised:

To set up any of these devices to work with your Home app, simply scan the code that is in the instructions manual or on the device. Here are some of the commands you can use with your HomeKit devices:

Commands for some kitchen magic

The kitchen is one room in which the HomePod and its voice control ability come in really handy. Picture the times when you’ve had your hands covered in flour or grease and you need to confirm some details about a recipe. Instead of reaching for your precious phone and covering it in grime, you can have Siri do the hard work for you.

Commands for music and podcasts

One of the top uses for Siri on your HomePod is to control your entertainment from the Apple Music collection. There are lots of Siri commands that you can use to access your content. You can select your music by genre according to the activity at hand or even based on mood.

It is even possible to train Siri on what you like (or don’t like), add songs to your playlists, start new radio stations and so much more. Here are some of the commands to get you started in the right direction.

Scenes are another great feature you can enjoy with Siri on HomePod. Basically, they let you control multiple devices simultaneously. And, best of all, you simply need your voice and a single command to make the magic happen.

For instance, you can create a scene called “goodbye” for when you want to leave the house. This could incorporate features such as turning down the thermostat, closing the blinds, turning off the lights and anything else that comes to mind.

Similarly, you can set a goodnight scene to dim the bedroom lights, turn on some ambient music, turn off the downstairs lights and reduce the temperature at bedtime. Take a look at how to phrase the commands to set your desired scene:

Hey, who needs a calculator or search engine when you have Siri? Turns out she can do calculations and conversions like a wizard. You might want to keep mum about this so that the kids don’t get her to do their homework.

Here are a few commands to try out:

Commands for time and weather-related stuff

With Siri and HomePod, you can easily keep track of important time-related details. You can check the time in different cities without even having to move. It is also possible to make a mental note of upcoming events, such as important matches. Try the following:

Thanks to the launch of iOS 11, Siri is now capable of translating English into a number of languages. The catch is that you can only translate from US English for now. Some of the supported languages include French, Mandarin, Spanish, Italian and German.

Here are some commands you can use to access this feature:

With Siri around, you do not need to keep a mental note or physical list of the things you need when you go shopping. You can create a list and update it in real-time, adding things as they run out. You need never forget the toilet paper again!

Commands for searching for information

With Siri by your side, you no longer have to search the web when you need information on virtually any topic. From celebrity info to word definitions, spellings, pronunciation, synonyms and everything else, you can get it all by voice.

Here are some commands you could try out:

Travelling can be a nightmare when you do not have all the information at hand. You might just end up missing your flight, missing accommodation at your favourite bed and breakfast or running out of ideas for things to do.

Wouldn’t it be great if you had a personal assistant to handle the dirty work for you and let you enjoy the trip? Well, with Siri and HomePod, you have plenty of that and much more. Try out the following commands to make sure everything goes according to plan:

Siri is also capable of a lot of cool tricks other than playing music, finding information and answering your questions. There is so much more she can do for you, all you have to do is ask nicely.

Take a look at some of the cool tricks you never knew she could pull off:

Funny things to ask Siri for a good laugh

You might not have realised this but Siri has an amazing sense of humour. Let’s conclude on a happy note with some of the funniest things you can tell or ask Siri and her responses. Keep these handy, they might come in useful when you are having a rough day.

Commands for getting Siri to Swear

Back in 2018, on April 28/29, Siri apparently decided to be a little vulgar according to this Reddit post. All you had to do was ask, “Hey Siri, what’s the definition of ‘mother’?”

Unfortunately, that was no longer available by April 30, 2018, so you might have to try a bit harder to get her to swear.

Commands for flirting with Siri

Are you bored or lonely? How about flirting with Siri to while away your time? Try these:

Siri’s cultural references do not end at movie and TV show references. Try these commands out:

In addition to her witty side, Siri can also be downright funny. Try out these simple commands for some of her best jokes:

Getting Acquainted with Siri’s Philosophical Side

Siri is a great choice of philosopher too! She can shed light on some of the questions that have plagued mankind for centuries. Here are a few to get you started:

Whether you want Siri to help or entertain you, there is nothing you cannot do. All you need is the right command! 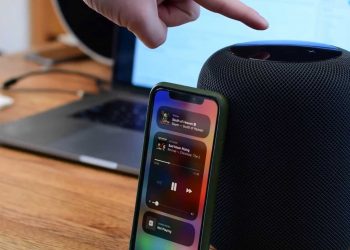 You might already be enjoying the pleasures of having Siri turning your lights on and off, controlling your thermostat and...