Smart cities deep dive: Citizen expectations and exploring the Internet of Everything

Smart city initiatives are becoming an increasingly important topic of conversation as the Covid-19 pandemic continues. A series of research studies issued this week have detailed citizen demands, as well as efforts being made by cities to progress.

A study by Capgemini, which surveyed 10,000 citizens across 10 countries, as well as 300 city officials, found smart city initiatives benefit cities and attract potential citizens – but progress is slow.

The report, titled ‘Street Smart: Putting the Citizen at the Centre of Smart City Initiatives’, noted fewer than one in 10 (9%) city officials polled were in advanced stages of implementations. Fewer than a quarter (22%) had even started putting together a handful of initiatives.

Yet the benefits are stark. More than half of citizens agreed that smart cities would lead to greater sustainability (58%) and better urban services (57%) respectively. More than a third (36%) said they would pay more for using smart city initiatives, with millennials (44%) and generation Z (41%) likelier to shell out.

Capgemini highlighted several of the most innovative projects taking place in cities around North America and Europe right now. In the US, New York has implemented smart rubbish bins, called BigBelly, improving efficiency and emissions, while San Diego is using smart street lights to save $2.5 million annually. Europe meanwhile has AI-enabled flood management systems in Coimbra, Portugal, and tracking connected devices to provide information around parking, traffic, and transportation costs, in Copenhagen.

As this publication has previously explored, the vision of a fully connected smart city, with buildings, transportation, and traffic management systems all dovetailing, is inherently complex. Many current initiatives as a result are what Ken Hosac, VP of IoT strategy and business development at Cradlepoint, calls ‘base hits’ rather than home runs.

Capgemini added that city officials ‘need to feel empowered to act as entrepreneurs’ in scoping out projects. “You need to create a compelling smart city vision that has sustainability and resilience at its heart,” the report noted. “The use of citizen data must be governed by protection and trust, [while] a culture of innovation and collaboration with citizens and external entities will also be key.”

Another report has explored benefits of smart cities from the user perspective, as well as the expectations of business in some of the world’s largest urban areas. The study from Nutanix, titled ‘Accelerating Urban Intelligence: People, Business and the Cities of Tomorrow’, analysed data from more than 7,700 residents and business executives across 19 large cities globally.

More than two thirds (70%) of business respondents said the ability to access open government data was vital to their business, while a similar number (69%) said they were willing to share more data to help benefit smart city initiatives. Capgemini separately noted Chicago’s use of sensors to track air pollutants as an interesting case study: this data is made public.

The study also noted the key benefits from stakeholders, and found citizen and business goals were broadly aligned. The most important facet to both parties was making public services more efficient, while just behind was the need for smart city initiatives to produce cleaner environments for living and working.

The Covid-19 pandemic, at least in the early stages of lockdown, provided much cleaner air as cars which usually pounded the commuter track were left dormant. Speaking to IoT News in April Tom Hall, managing director of air pollution sensor manufacturer EarthSense, described the lockdown as ‘the biggest single global intervention [we] will probably ever see’, and urged organisations to learn from the event.

According to Future Market Insights, global spending on smart city initiatives reached approximately $95 billion in 2019. The company said in a note published at the beginning of this week that the ‘Internet of Everything’ (IoE), which essentially incorporates the utopian catch-all potential of smart cities, is ‘poised to change everything.’

“The IoE describes an environment where smart devices can sense the environment through the use of sensors to detect the status, process data, retrieve useful information, measure the condition, connect over public or private networks using standard protocols, and communicate over the Internet and control behaviour adaptively,” the company noted.

“IoE also plays an important role connecting people, things, data and processes in networks of billions of automatic connections,” the note added. “These automatic connections will create a vast amount of data that can be analysed and used for decision making and thus can have boundless applications in a smart city and beyond.”

AI is struggling to adjust to 2020

2020 has made every industry reimagine how to move forward in light of COVID-19: civil rights movements, an election year... 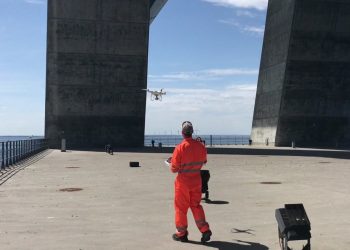